In a rare admission to PBS Frontline & the Finical Times, a pharmaceutical executive acknowledged that he knowingly orchestrated an illegal scheme to boost sales of a powerful opiate painkiller believing there would be no consequences for him personally.

Alec Burlakoff, Insys’ former head of sales received a 26-month sentence for charges related his role in the pharmaceutical company which  helped fuel the opioid epidemic that has plagued America for over a decade. Burlakoff admits he had “no idea that criminally there would be consequences . . . I don’t want to go to jail. Who wants to go to jail?”

“Not only is the company going to get fined an astronomical amount of money, which I’ve seen a million times, but worse case scenario, which I’ve never seen before, they might actually take my money,” Burlakoff stated.

Prosecutors convicted seven Insys executives and employees on charges typically used to catch mob bosses, including racketeering and conspiracy. Insys’ founder, John Kapoor, was sentenced to five and a half years.

The scheme encouraged doctors to prescribe Insys’ painkiller off-label. Subsys, an opioid spray 50 to 100 stronger than heroine, was FDA approved for use only in cancer patients with breakthrough pain not controlled by other painkillers. Insys sales and marketing were directed primarily towards doctors in fields other than oncology.

It is legal for pharmaceutical companies to pay doctors speaking fees to promote their products, however Insys created a quid pro quo with doctors that crossed the line. Doctors were paid up to $125,000 a year to speak at forums that were nothing more than dinner for sales reps and the speakers peers, if the event happened at all. At the insistence of Mr. Kapoor, Insys kept a spreadsheet showing the return on investment for all marketing dollars spent on doctors. Thirteen of those medical professionals have been charge.

“He insisted on being able to draw a direct correlation between the dollars we pay the speaker and the number of dollars we received back via prescriptions that they prescribed,” Mr Burlakoff said.

Prosecutors told juries about Insys sales representatives pushing doctors to increase the dosage of patients already on Subsys to generate more revenue, essentially overdosing their patients for a profit.

Criminal cases against corporate leaders are rare, typically the corporation is held liable in civil suits and penalties which corporations usually account for as the cost of doing business and have little effect on corporate behavior.

Under RICO, Racketeering Influenced and Corrupt Organizations act, federal prosecutors can impose liabilities on executives who operate and manage the people who are directly committing a crime.

Prosecutors and lawmakers believe these convictions will send a message to industry executives that their conduct will be treated like any other criminal conduct. It is yet to be seen whether charges against executives at the five other major pharmaceutical companies involved in the opioid crisis will also see criminal charges.

Stephen Sheller has holding pharmaceutical companies accountable for their deceptive marketing practices for years. You can read about this in his book “Big Pharma, Big Greed.” 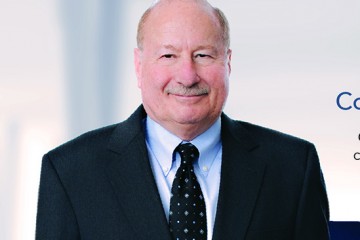