In another win for plaintiffs injured by Risperdal, a Pennsylvania appellate court reversed a trial courts decision to grant the defendants motion for nonsuit, mid-trial. This decision will send the case back to the Pennsylvania Courts of Common Pleas for retrial.

In the 2016 case of T.M. vs Janssen Pharmaceuticals, the trial judge decided mid-trial that plaintiff’s experts did not meet the standards for scientific causation testimony in Texas courts. Both the plaintiff and defendant agreed to use Texas law for substantive issues.

However, deciding standards governing expert testimony is a procedural issue, according to the three-judge appellate panel in a unanimous decision. The appellate court ruled that the trial judge erred in using Texas law and should have applied Pennsylvania law, where the trial was being held.

“Viewing the foregoing evidence in the light most favorable to the plaintiffs, we find it was legally sufficient under Pennsylvania law to make out a prima facie case for the jury under Texas substantive law governing failure to warn,” Bowes, who wrote the panel’s 35-page opinion, said. (law.com)

In 2004, at 7 years old, T.M. began taking Risperdal for attention deficit disorder and depression. Risperdal was not approved but the FDA for use in children at that time, nor was it approved to treat ADD or depression. Janssen, a subsidiary of Johnson & Johnson, marketed it to doctors for off-label pediatric use regardless.

T.M. later developed gynecomastia, a medical condition where young boys develop female-like breasts due to the body producing too much prolactin. The plaintiff alleges the condition is a due to taking Risperdal as a child. More than 13,500 lawsuits have been filed against Janssen for failure to warn of the possibility of developing gynecomastia. More than 6,600 of those are in Philadelphia courts.

Experts testifying in the trial were Dr. Mark Solomon, a plastic surgeon familiar with gynecomastia, and Dr. David Kessler, former commissioner of the FDA. Kessler testified that Janssen knew of Risperdal’s link to gynecomastia and failed to warn doctors and patients of the possible side effect.

Using internal Janssen studies and communications, David Kessler, a pediatrician and biostatistician, “traced the history of Risperdal” for the jury and said several studies had revealed “red flag” findings that pegged the risk of gynecomastia in children taking Risperdal at anywhere from 2.3% to 12.5%.

Kessler testified that Janssen should have been obligated to share those findings with ‘physicians who were prescribing the drug off-label to children’ by July 2001 at the latest, but never did so.

Kessler said Janssen also manipulated its study results to downplay the risk of gynecomastia when sharing its findings with the FDA, which approved the drug for use in children in 2006, and ‘funded the publishing of a misleading article in the Journal of Clinical Psychiatry.’ 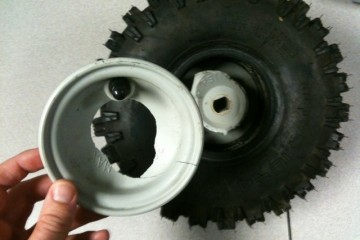