Stephen Sheller was honored as “Humanitarian of the Year” by the Citizens Commission on Human Rights (CCHR). The black tie event was held at the Los Angeles Westin Bonaventure February 28, 2015. 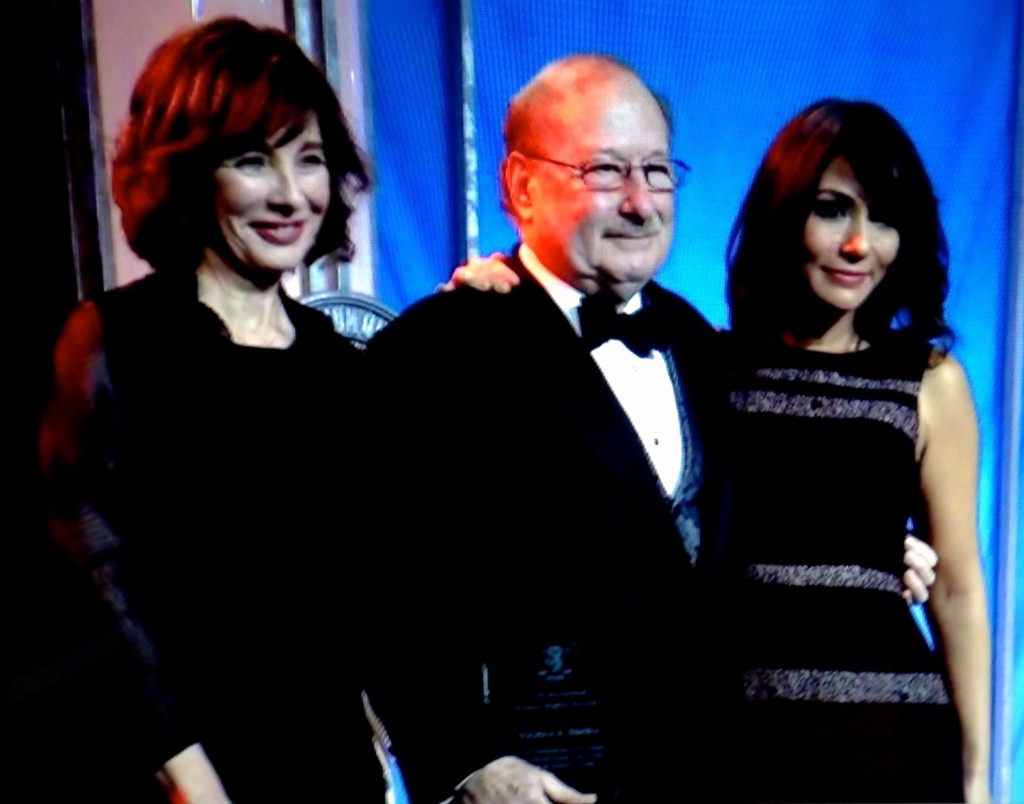 The introduction to his award:

“CCHR’s first human rights award winner is a renowned attorney Stephen Sheller. His Philadelphia law firm opposes some of the biggest pharmaceutical companies at a national level. In fact The Philadelphia Inquirer calls him ”the a scourge of the pharmaceutical industry.”

Mr. Sheller is known for his the dedication to and protection of , call equality and justice. His pursuit of justice began a long time ago during the civil rights movement. Judges asked him to represent activists who had been jailed for protesting discrimination of minorities. And he won of those civil rights cases.

Today he represents the rights of children and others whose rights have been damaged by psychiatric drugs, by taking on pharmaceutical companies on their behalf.”

The award was presented by actor Anne Archer, who added:

“Mr. Sheller also works with whistleblowers to expose criminal practices in the psycho-pharmaceutical industry. This includes the industry’s cover-up of severe adverse effects found during psychiatric drug clinical trials. Yet the drugs are marketed to the public as safe. As such, he has been joined by the U.S. Department of Justice, the U.S. Attorney General, and other law firms in whistleblower lawsuits. Mr. Sheller has recovered a monumental amount – more than $6 billion- in whistleblower settlements against some of the largest manufacturers of antidepressants and antipsychotics. Here’s a preview of some of the work of this legendary attorney.”

About CCHR from cchr.org

CCHR is a nonprofit mental health watchdog, responsible for helping to enact more than 150 laws protecting individuals from abusive or coercive practices. CCHR has long fought to restore basic inalienable human rights to the field of mental health, including, but not limited to, full informed consent regarding the medical legitimacy of psychiatric diagnosis, the risks of psychiatric treatments, the right to all available medical alternatives and the right to refuse any treatment considered harmful.

People frequently ask if CCHR is of the opinion that no one should ever take psychiatric drugs, but this website is not dedicated to opinion. It is dedicated to providing information that a multibillion dollar psycho/pharmaceutical industry does not want people to see or to know. The real question therefore is this: Do people have a right to have all the information about (A) the known risks of the drugs and/or treatment from unbiased, nonconflicted medical review, (B) the medical validity of the diagnosis for which drugs are being prescribed, (C) all nondrug options (essentially informed consent) and (D) the right to refuse any treatment they consider harmful.

CCHR has worked for more than forty years for full informed consent in the field of mental health, and the right to all the information regarding psychiatric diagnoses and treatment, not just the information coming from those with a vested interest in keeping the public in the dark.