The attorneys at Sheller P.C. have been recognized again this year as SuperLawyers. For the twelfth consecutive year, founder Stephen A. Sheller has been selected by the organization and specifically honored as one of the Top 100 attorneys in both Pennsylvania and Philadelphia. (continues below) 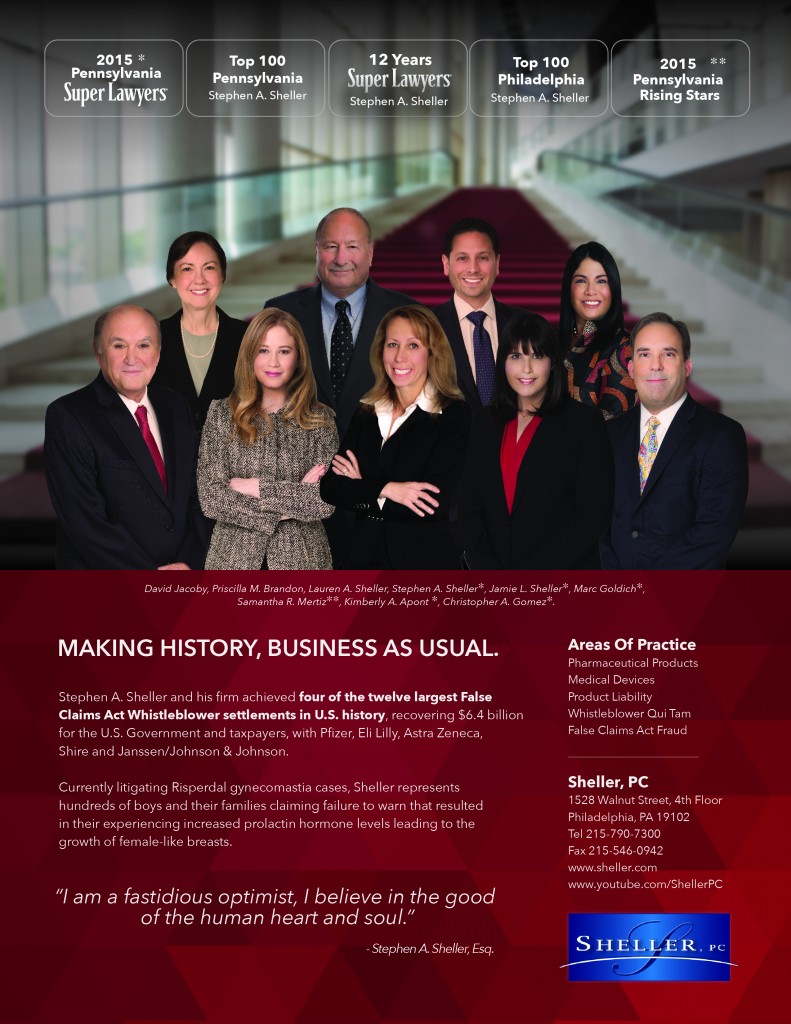 In addition to Mr. Sheller’s recognition, attorney Jamie L. Sheller have been awarded the honor as well.

SuperLawyers is a rating service of outstanding lawyers from more than 70 practice areas across the country, representing those who have attained a high-degree of peer recognition and professional achievement. The selection process includes independent research, peer nominations and peer evaluations. Only 5% of the nation’s attorneys are honored with the SuperLawyers designation.