“I did a little math. About 150 Americans are going to die today, just today, while we’re meeting.” -Judge Dan Polster

October 5, 2018, U.S. Magistrate Judge David Ruiz of the Northern District of Ohio submitted for approval his report and recommendation in a key a case involving the opioid crisis to U.S. District Judge Dan Polster. Polster is overseeing the opioid multi-district ligation in Cleveland, Ohio.

Polster has made it clear he does not intend to follow legal norms, he wants both sides to come to a settlement. A settlement that would, by the end of the year, bring a meaningful solution to the national opioid crisis.

“It’s almost never productive to get the other side angry. They lash out and hurt you and themselves. I try to get the sides to think it through as a problem to solve, not a fight to be won or lost.” -Judge Dan Polster tells law students (NY Times)

The report, viewed as a major step forward by plaintiff lawyers, would likely influence more than 1,200 lawsuits by cities, counties and municipalities against opioid manufactures and distributors in an attempt to recoup the cost of the epidemic. Ruiz allowed most of the plaintiff’s claims, including negligence and fraud to move forward, dismissing the defendants claim that the suit was not specific enough and constituted a fishing expedition. Most of the report focused on the Racketeer Influenced and Corrupt Organizations (RICO) Act.

“Defendants’ motion to dismiss demands an untenable level of specificity above and beyond the pleading rules. Plaintiffs cannot be expected to plead the minutiae of their case without the benefit of discovery.” -Judge David Ruiz

The plaintiff has alleged opioid manufacturers violated the Racketeer Influenced and Corrupt Organizations (RICO) Act by making false statements and misleading the public on the dangers and addictiveness of opioids. These charges are similar to the charges against tobacco manufacturers for deceiving the government and public about addictiveness and dangers of nicotine in the 1990. The opioid crisis suits may end up in a Master Settlement Agreement as did the tobacco litigation.

“It was interesting that so much of the report dealt with the RICO claim. That is probably the plaintiffs’ strongest claim. The refusal to dismiss the fraud, civil conspiracy and negligence claims is to be expected since they involve so many factual issues.” -Prof. Richard Ausness, University of Kentucky College of Law

A special master overseeing the settlement negotiation is investigating the possiblity of a mandatory class without an opt-out option, however the law is unlikely to support that option. Regardless, Polster has set an ambitious goal to get the parties to settle. “The stakes, in this case, are incredibly high,” he said. “Any thinking person should feel terrible about the situation we’re in.”

“The judicial branch typically doesn’t fix social problems, which is why I’m somewhat uncomfortable doing this. But it seems the most human thing to do.” -Judge Dan Polster

Stephen Sheller is actively involved in helping to solve the opioid crisis. He was a panelist on Penn Law’s Legal Response to Opioid Conference, been selected as one of five private firms to assist the city of Philadelphia’s Law Department in its suit against pharmaceutical opioid manufacturers, and donated towards the opening of My Sister’s Place, an opioid addiction treatment facility for women who are pregnant or mothers.

Can This Judge Solve the Opioid Crisis?, The New York Times, March 5, 2018

Government Suits Against Opioid Manufacturers As Public Health Policy, The University of Maryland, Center for Health and Homeland Security, November 30, 2017 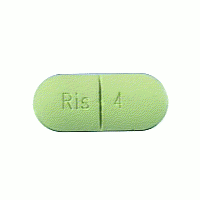