President Trump’s nomination of Alex Azar, a former top executive at Eli Lilly, to lead the Department of Health and Human Services (HHS) has come under scrutiny of Senator Elizabeth Warren (MA-D) and others. Azar’s former employer, Eli Lilly, reached a settlement with the government in 2009 over illegal marketing of their antipsychotic drug Zyprexa for off-label use in children and nursing homes patients.

While being questioned on the topic, Azar dismissed the incidents as a “massive learning and transformation experience of the company.” Senator Warren viewed it another way:

“The word for that is fraud, and it cost the government and taxpayers billions of dollars.” Senator Elizabeth Warren responding to Azar’s interpretation of the Eli Lilly Zyprexa case

Stephen A. Sheller, Sheller PC, filed the first complaint against Eli Lilly in February 2003 after six whisteblowers came forward detailing illegal off-label marketing of Lilly’s antipsychotic drug Zyprexa. Lilly settled the suit with a (then) record-breaking $1.4 billion settlement, including a $550 million criminal fine. A civil settlement of $800 million was also agreed upon between Eli Lilly and multiple states related to Medicaid and Tricare claims.

“The reason the settlement and fine were record-breaking is because Eli Lilly perpetrated an outrageous fraud on the American government and taxpayers. I applaud the courage of these whistleblowers. They came forth at personal and professional risk to protect the American people and expose corporate fraud,” said Sheller.

To boost sales of the drug Zyprexa, which at the time was only approved by the FDA for Schizophrenia and a specific type of bipolar disorder, Eli Lilly was marketing the drug for off-label uses including Alzheimer’s, depression and dementia. For years, Lilly has been accused of influencing doctors to prescribe Zyprexa to treat disruptive children and tranquilize nursing home patients even though the drug had significant side effects and was not approved by the FDA for use in children or the elderly.

The Center for Medicare & Medicaid Services, which is a federal agency within HHS, has met and exceeded their goal to cut anti-psychotic use in nursing homes by 30% between 2011 – 2016. If Azar’s nomination is approved, he will oversee both government agencies.

Although Azar did not work for Eli Lilly during the years the company engaged in off-label marketing of Zyprexa, Senator Warren questioned Azar as to whether the record fine was an adequate resolution, Azar demurred. 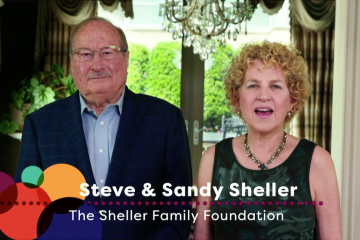