The Pennsylvania Supreme Court has denied Johnson & Johnson’s request to overturn the $70 million Risperdal verdict upheld by a Superior court panel of judges last year. The case, A.Y. v. Janssen Pharmaceuticals, will now be remanded back to the PA Court of Common Pleas for a second trial to reconsider punitive damages.

“We are pleased that allocatur has been denied and we look forward to trying the punitive damages phase of the case when jury trials resume early next year.” -Statement by plaintiff’s council Thomas Kline of Kline & Specter, Jason Itkin of Arnold & Itkin in Houston, and Stephen Sheller of Sheller P.C.

Last year’s Superior Court decision rejected Janssen’s argument that the FDA was solely responsible for warnings related to off-label use of medications. The panel also rejected the argument that the $70 million verdict was excessive.

“[Yount] was just 41⁄2 years old when first prescribed Risperdal, and he has never since known life without gynecomastia. At sixteen years of age when the jury considered its award, [Yount] was living with severe and permanent disfigurement. The undisputed record confirms he has been routinely bullied and teased by peers and is too humiliated to ever remove his shirt in recreational or social situations where it would be customary for boys to do so when enjoying ordinary pleasures of youth,”  read an exert from the PA Superior Court’s opinion led by Judge Correale Stevens.

Two previous cases against Janssen, a subsidiary of J&J, were remanded back to trial court for purposes of punitive damages after a three-panel Superior Court ruling reversed a previous decision by Common Pleas Judge Kenneth Powell Jr. who applied New Jersey law banning punitive damages in all cases. The judges determined that punitive damages must be determined on a case by case basis in accordance to the law of the plaintiff’s home state. In Yount’s case Tennessee law will apply.

More than 7,000 Risperdal cases are pending in Philadelphia as part of the Risperdal mass tort program. 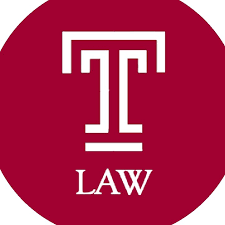