A recent ProPublica investigative report calls into question the Trump Administration’s commitment to ending the opioid crisis, criminally charging those responsible, and ensuring that protections are in place to prevent another crisis. Even as President Trump held television news conferences vowing to take a hard stance in combatting the opioid crisis and prosecute pharmaceutical companies criminally, behind closed doors the Department of Justice was blocking the criminal prosecution of Walmart for the national chain’s corporate policies that directly contributed to the epidemic and deaths of Americans.

A federal prosecution team in Texas was ready to file criminal charges against Walmart for ignoring the concerns of the company’s pharmacists who were raising red flag that the retail giant was filling opioid prescriptions for pill mill doctors. The two year investigation was abruptly halted by top officials in Trump’s DOJ.

The prosecutors had evidence showing that prescription opioids that killed Texans were filled by Walmart pharmacists that did not want to fill the prescriptions over concerns that the prescription was written by doctors known to run pill mills, but their concerns were dismissed by the corporate office.

Records show similar stories by Walmart pharmacists in multiple other states. A Florida doctor sent patients to fill prescriptions at Walmart pharmacies in more than 30 states.

With Walmart’s history of noncompliance with the DEA, the Texas federal prosecutors were looking to file criminal charges against the company rather than negotiate another fine.

“Dispensing opioids without a legitimate medical purpose is legally akin to dealing heroin. Criminal law says if a person or entity is willfully blind or deliberately ignorant, they are as liable as if they had acted intentionally. Once Walmart’s headquarters knew its pharmacists were raising alarms about suspicious prescriptions, but the compliance department continued to allow—even push—them to fill them, well, that made the company guilty.” -In a statement by the U.S. Attorneys for the Eastern District of Texas, ProPublica

Overall, the Department of Justice under the Trump Administration has reduced the number of white-collar and corporate investigations and prosecutions, which are now at a record low. The DOJ’s lack of action has begun to raise questions on Capital Hill where the House Judiciary Committee may begin a a hearing. However for the U.S. Attorney’s for the Eastern District, they can now only rely on yet another civil suit against Walmart in an attempt to hold the mega retail chain accountable.

To read the full story: 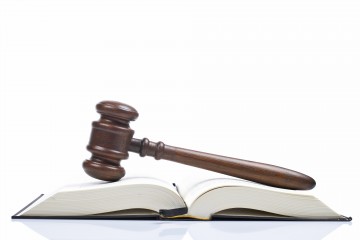