A new court filing against big American pharmacy retailers has been submitted in the multi-district litigation in Ohio Federal Court overseen by Judge Dan Polster. The complaint accuses major pharmacies, including CVS, Rite Aid, Walgreens, Walmart and Giant Eagle of being complicit in perpetuating the crisis as manufactures and distributors of the addictive drugs.

The bellwether cases against opioid manufacturers were set to begin March 20th, yet has been postponed due to the COVID epidemic. While COVID has put a hold on any restitution city and states might receive, increased unemployment, isolation and despair has only made the opioid epidemic worse.

Retailers worked with drug manufacturers to promote opioids as safe, offered high-volume bonuses to pharmacists and sold millions of pills in tiny communities.

According to the New York Times, the complaint lays out evidence that:

CVS, Walgreens and other retailers are claiming their pharmacies were simply filling prescriptions as written by doctors.

However, federal law requires manufacturers, retailers, and suppliers to report suspiciously high orders to the DEA. The chains have been fined repeated for failing to do so.

Texas federal prosecutors were set to file criminal charges against Walmart for the corporations negligence in ignoring its own pharmacists raising red flags over filing opioid prescriptions written by doctors known to be running pill mills. The DOJ stepped in and blocked prosecution, abruptly ending a two year investigation.

Chain retailers also aligned with lobbying groups pressuring Congress to pass the 2016 Marino bill. The bill stripped the DEA of its ability to immediately suspend the registration of manufacturers, distributors, or pharmacies.

The first cases to advance against a retailer are set to go to trial in November 2020.

The Drug Industry’s Triumph Over the DEA, The Washington Post, October 15, 2017 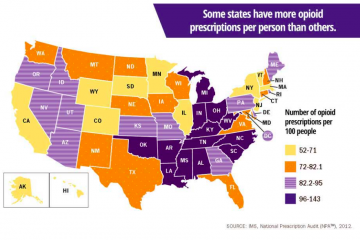