Stephen Sheller, founder of Sheller P.C., and Eric Orts, Guardsmark Professor at the Wharton School at the University of Pennsylvania, penned a second request to the university’s administration for a formal investigation into allegations former President Trump committed admission fraud.

Full letter below published as a guest column in The Daily Pennsylvanian.

What would Benjamin Franklin do? We suggest this question might guide you in deciding the unresolved issue of whether the University of Pennsylvania and the Wharton School will continue to ignore credible allegations of admissions fraud by Donald Trump. Please begin an investigation of this alleged fraud under the Policy Regarding the Revocation of Degrees.

The allegations that Donald Trump cheated to gain admission to Wharton as an undergraduate transfer student first emerged last summer in a book written by his niece, Mary Trump. At that time, each of us wrote separate letters (one of us with five faculty colleagues) requesting an investigation.

Provost Pritchett replied on June 20, 2020, saying that “this situation occurred too far in the past to make a useful or probative factual inquiry possible,” but he remained “open to investigating” if “new evidence surfaces to substantiate the claim in the future.”

New evidence was then published by the Washington Post in the form of audiotapes made by Mary Trump of conversations with Donald Trump’s sister, former federal judge Maryanne Trump Barry.

We renewed and made public our request for an investigation based on this evidence, but since then Penn’s administration has maintained complete silence.

Last fall, trying to put ourselves in your shoes, we speculated that your decision to remain silent might have been influenced by negative consequences that President Trump might otherwise visit on Penn and Wharton. Trump was well known throughout his term for acting vindictively against anyone who crossed him — even members of Congress and his own vice president. Trump would likely have lashed out at Penn and Wharton too, perhaps with great cost to some students and Penn’s financial well-being, had you proceeded at that time with an investigation into his alleged admissions fraud. Now, however, Donald Trump is no longer President, and any expected negative consequences that may have stayed your hands in the past have disappeared or at least been substantially reduced.

Since last summer, additional inferential evidence has emerged that supports the case for investigating the legitimacy of Donald Trump’s college admission. The gravity and scope of his “big lie” in calling the national election of November 2020 a “fraud” and a “steal” suggest a pattern of intentional deceit that makes earlier cheating more likely. Add this big lie to the final fact-checked count that Trump told more than 30,000 falsehoods during his four-year term in office.

What would Benjamin Franklin, a founder of Penn and our republic, do under these circumstances?  We submit that he would not remain silent and do nothing when our democracy is potentially at stake. To paraphrase a saying attributed to Franklin: we have a republic, but only if we can keep it.

Trump has raised at least $60 million for a possible return to presidential politics in 2024. His acquittal in the Senate of incitement of insurrection means that he will be free to make this attempt. If Trump’s college degree is proven to have been fraudulently obtained, then this credential should be stripped from the list of accomplishments for him to claim in future political races.

The passage of time since Donald Trump’s college admission is also no good excuse to fail to investigate. Trump’s sister, a former federal judge, has said on tape that she knows for a fact that he paid someone else to take his college admissions exams. James Nolan, the admissions director at the time, also recalls details about the circumstances of Trump’s admissions. Penn and Wharton may possess other records, such as the transcript of Trump’s academic performance, that may be relevant to the inquiry as well.

Last but not least, please consider what lesson a decision not to investigate would teach our students and future students. Failing to investigate Trump would signal that one can cheat in the admissions process at Penn and Wharton, and get away with it as long as you are famous, come from a powerful family, or are a prospective big donor. An investigation would show that everyone must follow the rules no matter who you or your parents are. And if there is no compelling evidence of admissions fraud, then Trump would be exonerated of this charge.

When the history of our time is written, we believe that the allegation of admissions fraud by Donald Trump will be part of his biographical story. In Trump’s “long and crooked career in business,” as one commentator has observed, “the Wharton brand has been central to much of his mythmaking.” Trump’s possible fraud as a young man in his college admission may have taught him an early and tragic lesson that he could “get away with it.”

In the face of credible allegations of admissions fraud against a major public figure who now bears the infamous distinction of being the only President impeached twice for high crimes of deceit and fraud on the American public, please undertake a well-warranted investigation. If you do not, future historians may remark, perhaps with surprise, that the institution founded by Benjamin Franklin failed to stand up to the greatest political fraudster of our time, even when he may well have made this institution one of his first victims. 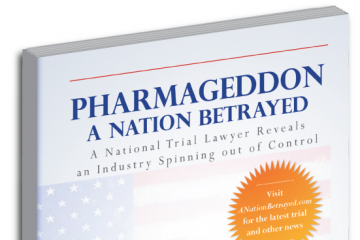