Last March federal prosecutors in Texas had a two-year investigation into Walmart’s questionable company policies for filling opioid prescriptions ended abruptly by Trump’s Department of Justice top officials just as prosecutors were ready to file criminal charges. Prosecutors felt Walmart’s history of non-compliance warranted criminal charges rather than another fine, which companies often write-off as the cost of doing business and does not result in any meaningful changes to corporate behavior.

December 2020, DOJ files civil charges against Walmart accusing the corporation, which runs one of the largest pharmacy chains in the country, of illegally dispensing opioids and contributing to the opioid crisis which resulted in the overdoes death of Americans.

Walmart responded to the charges with their own suit accusing DOJ of “unethical threats of criminal sanctions meant to leverage a huge civil settlement.”

U.S. District Judge Sean D. Jordan in Texas said Walmart was on “slippery” grounds asking the courts to dismiss the DOJ’s lawsuit accusing the government agency of ethics violations and questioning its professional conduct. It is unlikely the suit will prevail.

“Walmart chooses now to attack the investigators, a tried and true method to avoid oversight. We are confident that once all of the facts in this matter are public the hollowness of this criticism will be apparent. It is not the goal of our office to embarrass Walmart. Walmart’s behavior in dispensing opioid medication in the middle of a public health crisis should embarrass Walmart.” – U.S. attorney, Joe Brown

Interference by DOJ top officials into the prosecution of Walmart lead Head of the Eastern District’s civil division, Joshua Russ, to abruptly resigned in frustration. In his October 2019 resignation letter, Russ is critical of leadership for prioritizing settlements over criminal charges when years of doing so is evidence this policy has no effect on changing corporate behavior.

“I deeply regret that Department leadership prevented EDTX from filing its lawsuit in 2018. Corporations cannot poison Americans with impunity. Good sense dictates stern and swift action when Americans die.” Joshua Russ, then the head of the Eastern District’s civil division, wrote in his resignation letter (ProPublica) 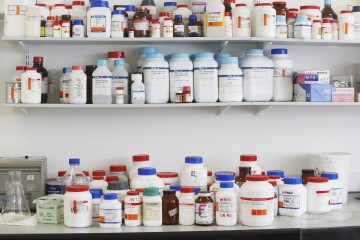