Purdue Pharma pleads guilty to criminal charges for illegal marketing of the its highly addictive painkiller, OxyContin. Corporations often pay penalties and fines for wrongdoing, yet criminal charges are rare. These charges include felony charges of defrauding federal health agencies and violating anti-kickback laws. The company also paid civil penalties for violating the False Claims Act with its aggressive marketing encouraging doctors to prescribe the opioid to patients who did not need them.

The guilty plea may further advance the the thousands of lawsuits still pending by city, state and local governments for the company’s role in igniting the public health crisis that has claimed hundreds of thousands of lives.

On the surface the plea deal appears to be a big win, however it is not without its critics. Most vocal in her opposition is Massachusetts attorney general, Maura Healey, whose scathing oped in the Washington Post accuses the Trump Department of Justice of rushing the plea deal to obtain a political win before the election.

“The D.O.J. failed. Justice in this case requires exposing the truth and holding the perpetrators accountable, not rushing a settlement to beat an election. I am not done with Purdue and the Sacklers, and I will never sell out the families who have been calling for justice for so long.” -Maura Healey, Massachusetts attorney general

Healey accuses the DOJ of failing opioid victims and their families, some of which never received a reply to their request to meet with Attorney General William Barr before the deal was made. Once again the Sackler family will likely walk away with fines and no prison time, just as they did in 2006 when prosectors recommended criminal charges against individual members of the Sackler family, only to have their recommendations ignored by their superiors.

The government is unlikely to see much of the $8.3 billion in penalties since Purdue Pharma has recently filed bankruptcy. In fact, Healey points out the agreement only requires them to pay $225 million. And although the Sackler family has agreed to personally pay $225 million in fines, that is extremely small price to pay considering sales of OxyContin was the main contributor to the family’s net worth of $13 billion, landing them on #19 of Forbes’ list of richest families in America.

A group of 25 states attorneys general wrote a letter to Barr opposing another term of the deal which required the Sackler’s to transfer ownership of the pharmaceutical company to the government as a “public benefits company” once it has completed bankruptcy and restructuring. Proceeds from sales would be used to mitigate the cost of the opioid crisis to local, state and federal governments. However in their letter, the attorneys general opposed the idea of the government being in the business of selling opioids, instead insisting the company should be sold to another private entity.

“If DOJ insists the Sacklers get their way and their OxyContin business is elevated into a public trust, Americans will question whether billionaires bought special treatment in this case, while working families across the country suffered.” – except from letter by state attorneys general

The Justice Department failed to do its job in settling with the Sackler family, Washington Post, October 23, 2020 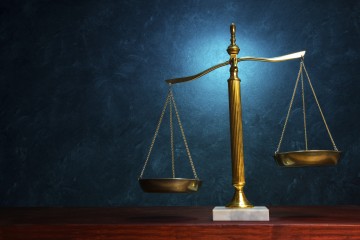