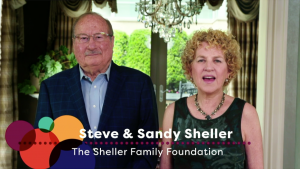 Johnson & Johnson is out of options after the U.S. Supreme Court declined to hear the pharmaceutical company’s appeal of a $70 million Risperdal verdict. 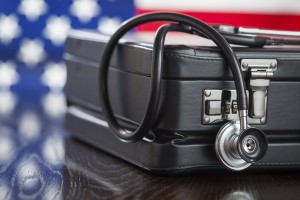 When executive compensation is tied solely to short term profits, and not balanced against company payouts for wrongdoing, there’s an increased incentive for executive fraud.

The attorneys of Sheller, P.C. are investigating the serious risks of Xarelto and Pradaxa. The firm offers no cost, no obligation consultations to individuals who have experienced the serious side effect of excessive, uncontrollable bleeding. If you or someone you know has experienced this dangerous side effect, call 800-883-2299 or fill out the inquiry form at the bottom of this page.

Xarelto and Pradaxa are prescription drugs used as a blood thinner to reduce the risk of stroke and blood clots.

Prescription blood thinners have been in use since the 1950’s, with the most recognized brand name being Coumadin. Indeed, anticoagulants can be a useful therapy for patients, but they come with a risk of bleeding, and that’s where Xarelto is different.  However, newer blood thinning drugs Xarelto and Pradaxa, both come along with different and sometimes life-threatening risks.

The problem lies in the one key difference with new group of blood thinners says an article on the pharmaceutical industry website Fierce Pharma: “Warfarin’s effects can be quickly reversed with an antidote (to stop the bleeding). That’s not true of the new drugs, Xarelto and Pradaxa.”

Thus, these drugs thin the blood as intended but may lead to uncontrollable bleeding with little to no “fix” to stop the bleeding at home, in a doctor’s office, or even at a hospital.  In other words, if a patient begins bleeding on Xarelto, there is no antidote.

Moreover, Xarelto has not been shown to work substantially better than warfarin nor has it been shown to be safer. Nonetheless, in part due to heavy marketing by the manufacturers, Xarelto is now the most prescribed blood thinner after warfarin.

As of early 2015, several hundred lawsuits had been filed, with the bulk of the cases filed in the federal multidistrict litigation in the Eastern District of Louisiana or in the Complex Litigation Center in the Philadelphia Court of Common Pleas.  To learn more about Xarelto lawsuits and and why you should file a lawsuit, visit http://BloodThinnerHelp.com

If you or someone you know have experienced an uncontrollable bleeding side effect while taking Xarelto or Pradaxa, you may have claim for a lawsuit. Hear your legal options by contacting the attorneys at Sheller, P.C. for a no-cost, no-obligation consultation.  Call 800-883-2299 or fill out the inquiry form on this page.
Resources

New blood thinner Pradaxa may cause internal bleeding in the elderly, June 15, 2012, Philly.com